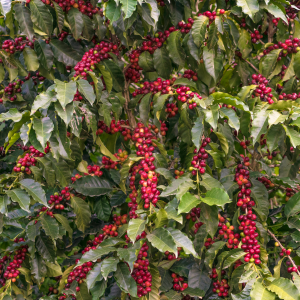 The word “sustainable” is a bit of a loaded term this day in age. It is used widely and has just as many meanings as it does users. We’d like to present some of the ideas, stories, and issues we see related between coffee and sustainability and what we are striving to do as a company when it comes to sustainability as we look at it.

For this first installment, we are addressing one issue that is front and center for us at Black Coffee Roasting Company. Organics.  We are a 100% organic coffee roaster. Our background is tied to organic farming here in Montana. We got into coffee knowing a good bit about organic farming as it relates to food agriculture here in the US, and over time have built our knowledge about why it just equally as important in the coffee industry.

Coffee, like cotton, when grown with agro-chemicals, is one of the most heavily chemically saturated crops in the world. While I disagree with the accepted terminology of calling this “conventional farming,” because applying chemicals is anything but conventional in relation to the long history of human agriculture, I’ll use the term for expediency herein. Conventional coffee crops require a plethora of agri-chemicals including pesticides, herbicides, fungicides, nematocides, and fertilizers, many of which are applied several times per year.

These chemicals inputs include Endosulfan, a pesticide used against coffee cherry borers, which was slated to be banned globally in 2011 but continues to see use in countries with weaker environmental enforcement, which includes many coffee-growing countries. This compound takes years to break down and is toxic to mammals, birds, and fish.

Chlorpyrifos is a broad-spectrum organophosphate used against coffee cherry borer and coffee leaf miner. This compound was banned in the US in 2000 because it is a contact poison shown to cause human death and birth defects. It is also toxic to birds, freshwater and marine organisms, bees, insects, and wildlife.

Diazinon, disulfoton, methyl parathion, triadiemefon, and cypermethrin… the list continues. On non-organic coffee farms these chemicals are common amongst others, and often applied without any training or protective gear. The result is often over-application and dangerous exposure to all farmworkers, from application to groundwater. The cost of these chemicals also often results in a much lower cash yield for farmers. In some instances, they are purchasing the chemicals directly from the same people they purchase their seeds or seedlings from, and they are often partially paid in chemicals rather than cash. Unused chemicals from the previous year are then discarded without any proper means of disposal, again to the detriment of the ecosystem and everyone connected to it.

Looking beyond the unintended exposure and long term environmental persistence of these chemicals, even their intended uses result in increasing challenges for coffee farmers, as the benefit of these chemicals is often short-lived. Studies have shown that while short term productivity sometimes results in the use of pesticides and herbicides, that the end result is a more sterile growing environment with diminished nutrients and beneficial species such as earthworms, microorganisms, and mycorrhizae. Pesticides become less effective as pests become resistant. Farmers often become more dependent on chemical inputs after they begin using them because their pest problem becomes worse as a result of using synthetic chemicals for pest management.

Organic coffee farms, on the other hand, rely on compost for the nutrient enriching of soils and rely on the health of the soil and growing environment to make sure the system is not overwhelmed by any single organism. Most organic coffee farms rely on a multitiered forest approach to growing in which multiple species contribute to the health of the system and ensure that diversity is present in the ecosystem. Shade, in addition to soil nutrition, is a benefit to coffee health and quality. Healthier soils, diversity of species, and thus a diversity of pests, all lend to the ability of coffee to grow without the need for synthetic chemicals. Shade alone can increase the soil health tremendously, helping with carbon sequestration, soil erosion, temperature swing moderation, and an increase in organic mulch and leaf matter.

Additionally, organic farming addresses the need for dealing with the coffee pulp that is washed from coffee after harvesting during the initial stage of production in washed coffees. Non-organic farms often simply discard this nutrient-rich pulp into streams, resulting in massive dead zones of waterways in coffee-growing areas. Organic growers often use this pulp to fertilize coffee plants and are mandated to prevent the excess from washing into streams.

When visiting a non-organic coffee farm two years ago one of the first things I was told on arrival was not to use the water, for anything. I was told the groundwater was contaminated after years of spraying. Later as we worked our way up through the estate we noted that all of the people living and working on the farm had no option but to wash and drink in the same water I was told to avoid. This is a common story in conventionally farmed coffee areas. While certification can be challenging for some coffee growers to attain, they receive a minimum of $0.40 more per pound when certified. Quality organic coffees are able to bring a premium for pricing, especially with the addition of FairTrade certification. Recent studies in Mexico comparing conventional farming crops with organic crops show that organic crops obtain a consistently higher net value due to overall less expense.

We are committed to organic farming practices. While some consumers see the benefit with regards to their own chemical exposure, we see the issue as being much larger than just that. In the large picture of things the chemicals used for pesticides, herbicides, and fertilizers are toxic from their place of production to application, and often take long periods of time before breaking down, and result in a toxic, less diverse ecosystem anywhere they are present. We work to see fewer people and places exposed to dangerous petrochemicals. We strive to continually source the best quality, organically grown crops, and help others see the importance of supporting organics.

We have a lot of different single origins… And with these newsletters, we strive to help you find the ones you want to try. We explore the various differences in coffees and hunt down ones with unique characteristics and then roast… 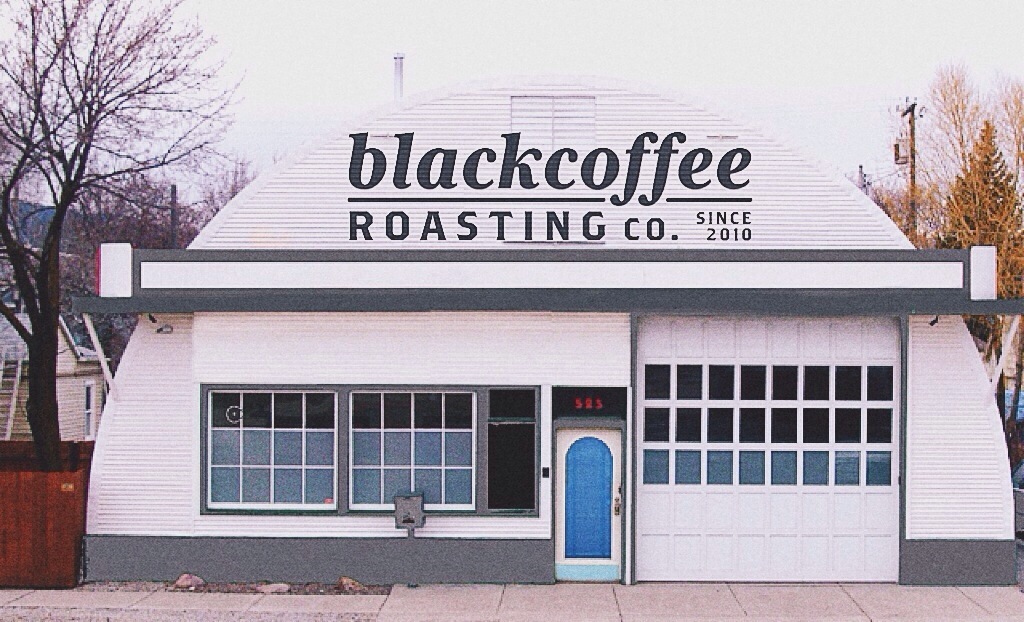 But not quite yet.  Black Coffee Roasting Company has experienced growth enough that we finally have outgrown our great little shop space at the corner of Wyoming and Russell Street, so we are currently in the process of building out…

I’ve been excited to go to Colombia since opening Black Coffee. Colombia is by all standards this hemisphere’s epicenter for coffee. And while Ethiopia holds the origination and title as the birthplace for coffee, Colombia has also taken coffee by… 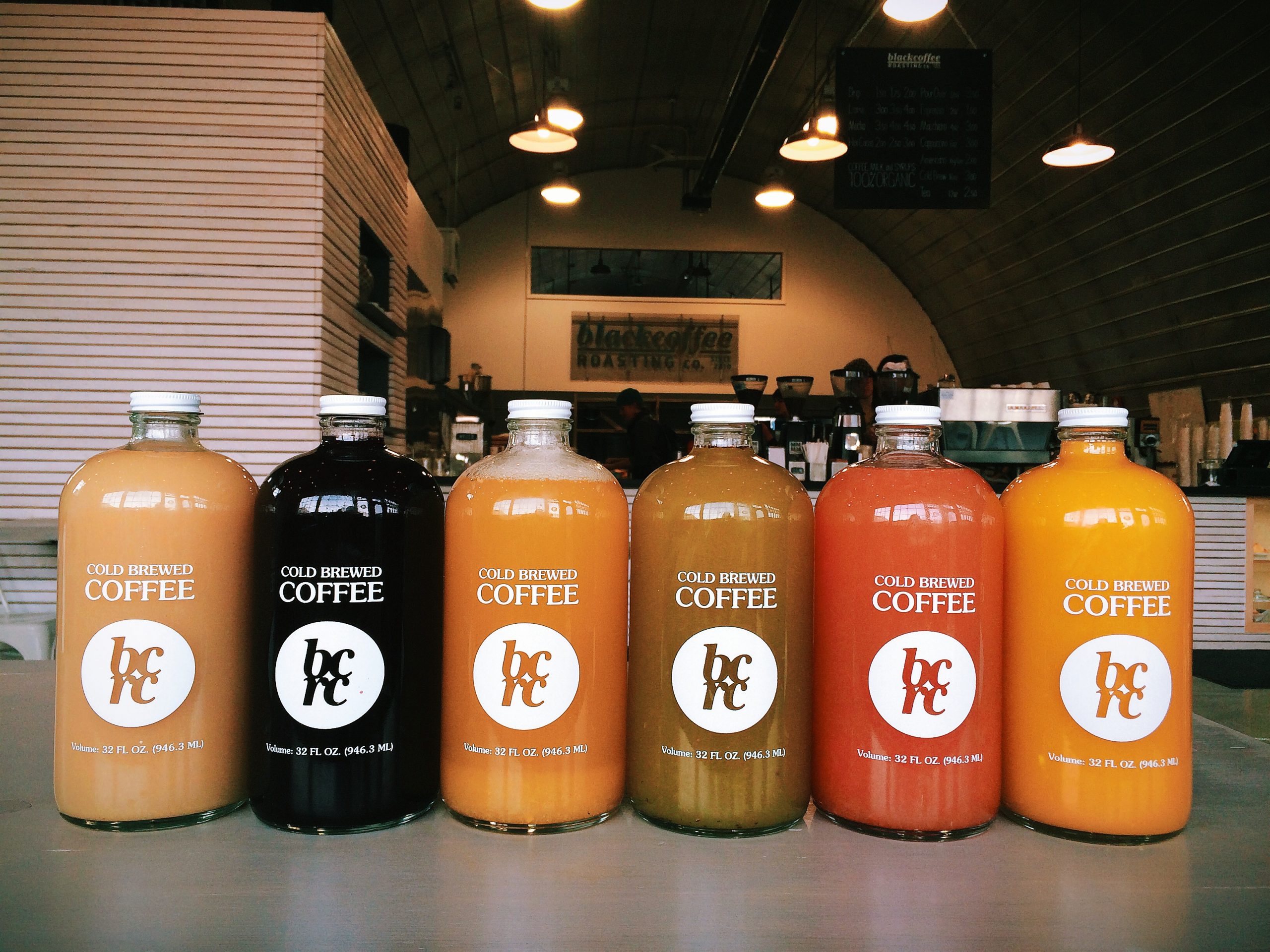 We have four seasonal coffees throughout the year, and while the specifics each one changes year to year, the personality of each is what we strive to replicate. Following up a delicious summer coffee, TOPO, we are very excited about… 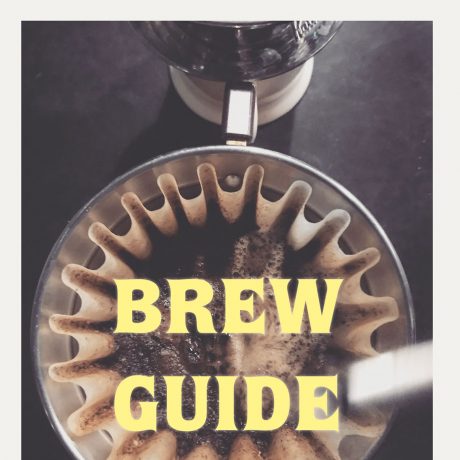